Almost four years ago, the presidential elections took place in the United States. Barack Obama competed against Mitt Romney in the race for the White House. Both candidates delivered inspiring speeches, appeared in every institute that would accept their presence, and employed hundreds of paid consultants and volunteers who advertised them throughout the nation. In the end, Obama won the race for the presidency, possibly because of his opinions and ideas… or because of his reliance on data scientists. In fact, as Sasha Issenberg’s article of the 2012 elections in MIT Technology Review describes –

How did Obama utilize all of those data scientists? 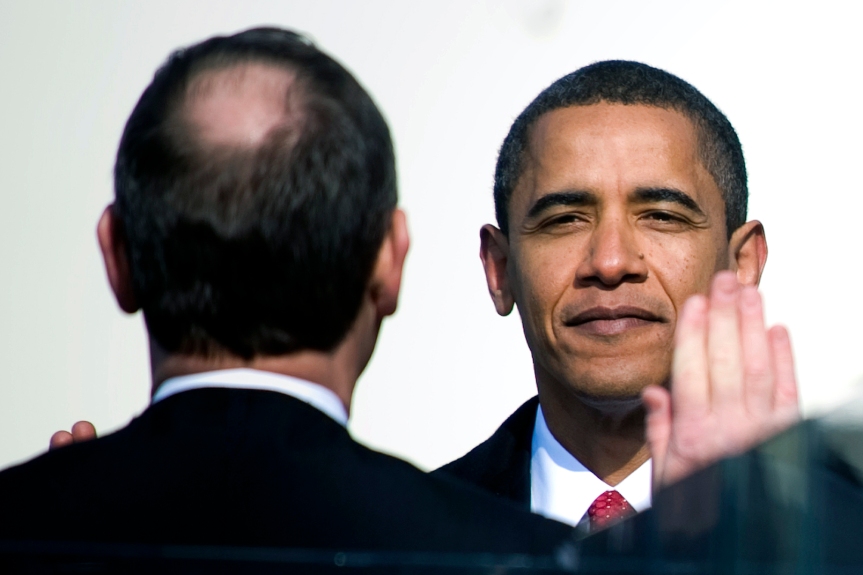 Up to 2012, individual voters were analyzed according to a relatively simplistic system which only took into account very limited parameters such as age, place of living, etc. The messages those potential voters received to their phones, physical mailboxes and virtual inboxes were customized according to these parameters. Obama’s team of data scientists expanded the list of parameters into tens of different parameters and criteria. They then utilized a system in which customized messages were mailed to certain representative voters, who were later surveyed so that the scientists could figure out how their opinions changed according to the structure of the messages sent.

This level of analysis and understanding of the individual voters and the messages that helped them change their opinions aided Obama in delivering the right messages, at the right time, to the persuadable people. If the term “persuadable” strikes you as sinister, as if Obama’s team were preying on the weak of mind or those sitting on the fence, you should be aware that it was used by Terry Walsh, who coordinated Obama’s campaign’s polling and paid-media spending.

Of course, being a “persuadable” voter does not mean that you’re a helpless dummy. Rather, it just means that you’re still uncertain which way to turn. But when political parties can find those undecided voters, focus on them and analyze each one with the most sophisticated computer models available to find out all about their levers and buttons, how much free choice does that leave those people?

I could go on describing other strategies utilized by Obama’s team in the 2012 elections. They identified voters who were likely to ‘switch sides’ following just one phone call, and had about 500,000 conversations with those voters. They supplied to a data collection firm the addresses of many “easily persuadable” voters, and received in return the records of TV watching in those households. That way, the campaign team could maximize the efficiency of TV advertisements – fitting them to the right time, in the right channels, and in the right destinations. All of the above is well recorded, and described in Issenberg’s article and other resources (like this, that, and others).

Obama wasn’t the only one to utilize big data and predictive analytics in the 2012 campaign. His opponent, Mitt Romney, had a team of data scientists of his own. Unfortunately for Romney, his team didn’t even come close to the level of operations of Obama’s team. Romney’s team invested much of its effort in an app named Orca, which was supposed to indicate which of the expected republican voters actually turned up to vote – and to send messages to the republican slackers and encourage them to haul their tucheses to the voting booths. In practice, the app was horribly conceived, and crashed numerous times during Election Day, leading to utter confusion about the goings on.

Regardless of the success of the Democrats data systems vs. the Republicans’ ones, one thing is clear: both parties are going to use big data and predictive analytics in the upcoming 2016 elections. In fact, we are going into a very interesting stage in the history of the 21st century: the Data Race.

From Space to Data

The period in time known as the Space Race took place in the 1960s, when the United States competed against the Soviet Union in a race to space. As a result of the Space Race, space launch technologies developed and made progress in leaps and bounds, with both countries fighting to demonstrate their superior science and technology. Great need – and great budgets – produce great results quickly.

In 2016, we will see a new kind of race starting – the Data Race. In 2012 it wasn’t really a race. The Democrats basically stepped on the Republicans. In 2016, however, the real Data Race in politics will be on: The Democrats will gather their teams of data scientists once more, and build up on the piles of data that were gathered in the 2012 elections and since then. The Republicans – possibly Trump with his self-funded election campaign – will learn from their mistakes in 2012, hire the best data scientists they can find, and utilize methodologies similar or better than those developed by the Democrats.

In short, both parties will find themselves in the midst of a Data Race, striving to obtain as much data as they can about the American citizen, about our lifestyles, habits, choices and any other tidbit of information that can be used to understand the individual voter – and how best to approach him or here and convert him to the party’s point of view. The data gathering and analysis systems will cost a lot, obviously, but since recent rulings in America allow larger contributions to be made to political candidates, money should not be a problem.

Conclusion: Where are We Heading?

It’s quite obvious that both American parties in 2016 are going to compete in a Data Race between them. The bigger questions is whether we should even allow them to do it so freely. Democracy, after all, is based on the assumption that every person can make his or her own mind and decisions. Do we really honor that core assumption, when political candidates can analyze human beings with the power of super-computers, big data and predictive analytics? Can an individual citizen truly choose freely, when powers on both sides are pulling and pushing at that individual’s levers and buttons, with methods tested and proven on millions of similarly-minded individuals?

Using predictive analytics in politics holds an inherent threat to democracy: by understanding each individual, we can also devise approaches and methodologies to influence every individual with maximal efficiency. This approach has the potential to turn most individuals into mere puppets in the hands of the powerful and the affluent.

Does that mean we should refrain from using big data and predictive analytics in politics? Of course not – but we can regulate its use so that instead of campaign managers focusing their efforts on the “easily persuadable”, they will use the data gleaned from the public to understand people’s real concerns and work to address them. We should all hope our politicians are heading in that direction, and if they aren’t – we should give them a shove towards it.